We are a Miami-based private lender focused on real estate business and investment mortgage loans on residential and commercial properties. 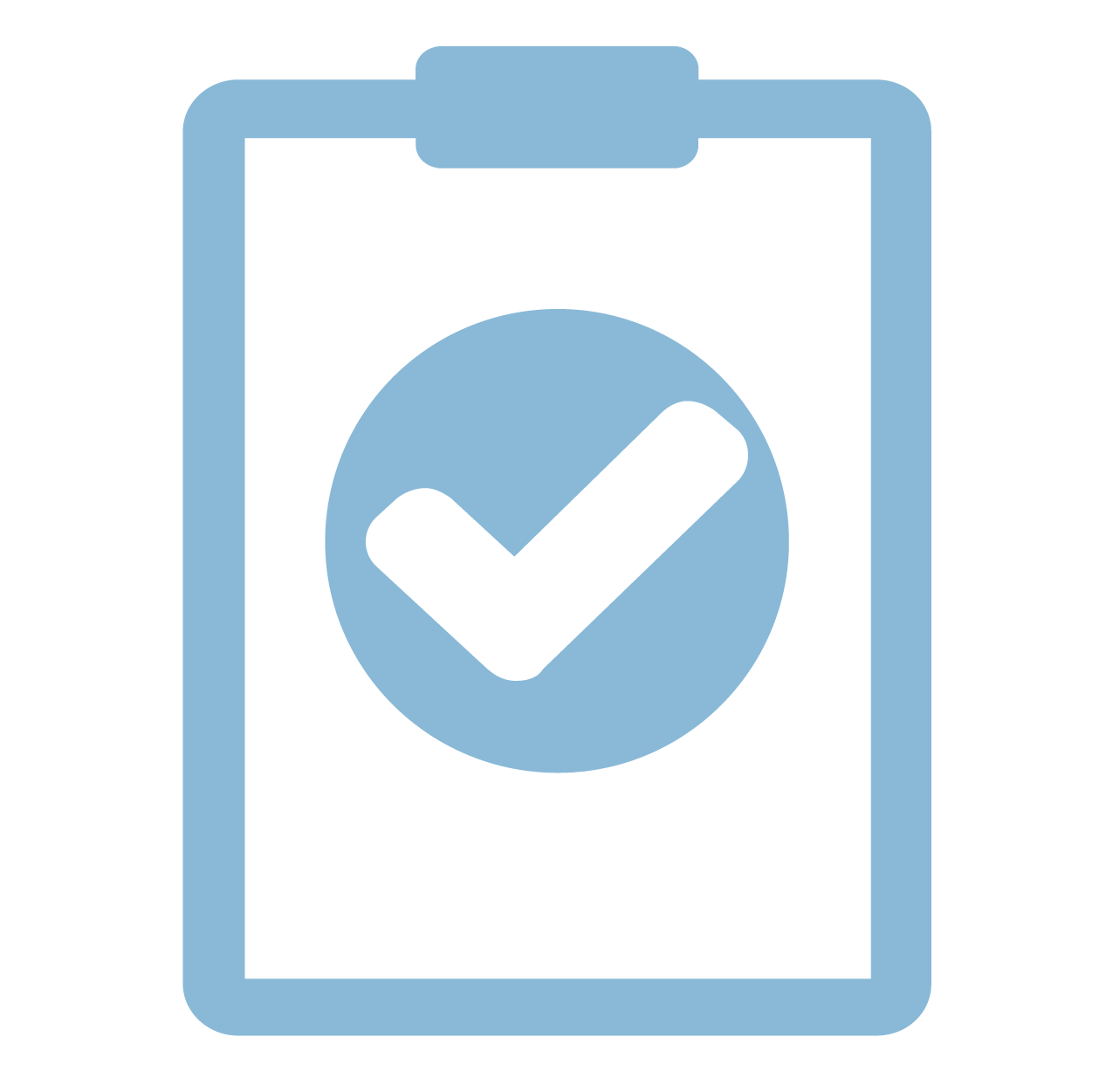 More than 462 transactions and $376 million financed in real estate loans.

We provide our own funding.
Our goal is to close everytime, on time!

Our approach to lending is asset-based rather than credit based. We provide fast and creative solutions for investors and real estate owners in need of immediate funding, and for those who do not wish to be exposed to the lengthy application process with conventional lenders.

We are a team of trusted professionals dedicated to identifying, analyzing, structuring and operating best-in-class alternative co-investment opportunities for investors, partners and team members. We pride ourselves on aligning our interests with those of our investors. We are investors who focus on capital preservation while achieving recurring and predictable returns. 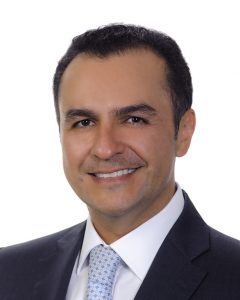 Niño oversees the firm’s private lending firm, LV Lending, as well as real estate investment and management acquisition arm, Linkpoint Properties. As CEO, Mr. Niño leads the firm’s  portfolio of $200 million and has overseen more than 462 transactions for $353 million in Florida and Georgia since he founded the firm in 2015. Mr. Niño has represented some of the most high-profile development projects in the southeast region including the Triptych Hotel in Midtown Miami, Bijou Bay Harbour Condominium in Bay Harbour Islands, The Springs Town Center in Miami Springs, The Soleste Alameda in West Miami, among others.

Prior to launching LV Lending, Niño was an investment advisor with Akro Advisors Inc. and served as a real estate investor with Gamma Opportunities LLC, where he specialized in acquiring distressed residential real estate throughout Florida. At Linkpoint Properties, Niño has been instrumental in the acquisition of commercial real estate assets throughout the southeast region and currently manages a large portfolio of single-tenant properties, shopping centers and industrial assets in Florida and Georgia.

Mr. Niño received his bachelor’s degree in finance and international affairs from Universidad Externado de Colombia. He  obtained a post graduate degree in Finance and International Businesses from Columbia University; a certificate in Family Business Advising from the Family Firm Institute; a certificate in Financial and Estate Planning from Boston University; and received his designation as a Certified Investment Management Analyst from Wharton Business School. He is currently in the second year of the OPM (Owner President Management Program) at Harvard Business School. Uribe brings 13 years of experience in the real estate industry. He began his career as a reinsurance broker at Marsh & McLennan Companies in 2000 where he remained for 6 years. In 2006, he changed careers and obtained his Florida Real Estate License and shortly after, founded Gamma Opportunities LLC., a company specializing in acquiring distressed residential real estate. In 2013, he co-founded Linkvest Capital, a private equity firm focused on growth capital investments in small and middle market companies, investments in direct asset based lending and investments in income producing real estate. Uribe has a Bachelors degree in Business Administration and Management from University of Florida and is a licensed private lender in the State of Florida. 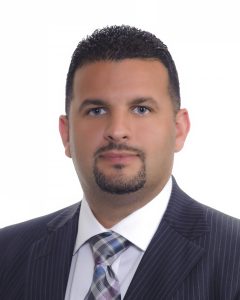 Hernandez has 17 years of experience in the capital/commercial real estate markets. He began his career in the finance sector as a fixed income trader, where he was in charge of managing and analyzing the U.S capital markets proprietary book of the firm. From there, he joined Marcus & Millichap Real Estate Investment Services as an Investment Associate, where he specialized in multi-family property sales in Miami-Dade and Broward County. He later joined Tiktin Real Estate Investment Services as the Senior Financial Analyst, where he was responsible for evaluating over $1 billion of commercial real estate assets and played an integral role in the sales of over $200 million in  commercial real estate transactions. Those transactions included single-tenant retail, multi-tenant shopping centers and industrial buildings nationally.

In February 2018, Hernandez joined LV Lending as Commercial Director. He focuses on capital investments in small and middle market companies, direct asset based lending, and investments in commercial real estate. To date, he has closed 19 transactions and $45 million. 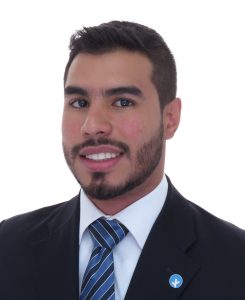 Mr. Restrepo started at Linkvest Capital as an intern in 2016, and has developed his skillset and professional career growing as part of the LV Lending team. During his internship, he coordinated the systematization of the firm’s portfolio and then worked remotely, reviewing transactions and running technology projects. In January 2019, Mr. Restrepo was promoted to Servicing Coordinator where he works to provide the firm’s borrowers with the finest client experience.

Mr. Restrepo earned his bachelor’s degree in international business with an emphasis on finance from Eafit University, and will be working towards a Master of Science in Finance starting in 2020. 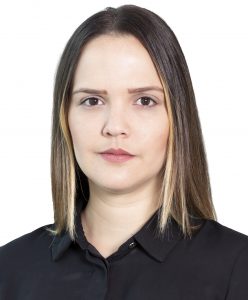 Ms. Restrepo is an international business professional with experience in business management, marketing and customer relations. She joined the LV Lending team in 2017, and leads a variety of loan servicing functions in connection with commercial and residential consumer loans.  To date, Ms. Restrepo has managed more than 200 property and general liability insurance policies, protecting over 100 borrowers’ and investors’ secured interests. She oversees the lending process from due diligence through to closing and works to ensure all loan servicing procedures adhere to LV Lending’s corporate policies. Based in Miami, FL has 23 years of experience in the Mortgage and Banking industry. Alex began his career as a Senior Foreclosure Specialist in 1995 with Universal American Mortgage Company, a subsidiary of Lennar Homes Corporation later on 2001 he joined Bayview Asset Management a invesment managment firm focused on investments in mortgage credit, including whole loans, mortgage-backed securities, mortgage servicing rights, and mortgage-related assets, during his 16 years with Bayview Alex worked as a Senior Real Estate Funding Specialist, Senior Treasure Analyst and Special Loans Operation Specialist from there he later joined Ocean Bank on 2016 as Team Lead Residential Loan Servicing Specialist. In 2018, Alex joined the Linkvest Capital Team a private equity firm focused on Capital Investments in small and middle companies, direct asset-based lending, and invests in Commercial Real Estate. 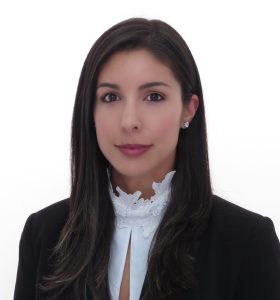 Alejandra Salazar has more than 10 years of experience in the wealth management market. She began her career at Akro Advisors Inc., a multifamily office based in Miami, FL. She later became a professor at Universidad EAFIT in Medellin, where she taught courses on international finance. In October 2014, Ms. Salazar joined Linkvest Capital, a private equity firm focused on capital investments in small- and middle-market companies, direct asset-based lending, and investments in commercial real estate, where she began managing a portfolio of promissory notes with which Linkvest started its Colombian division. In 2018, she was promoted to marketing director, responsible for executing the company’s communications strategy. Ms. Salazar received her bachelor’s degree in international business with a specialization in finance from Universidad EAFIT. She has also obtained postgraduate degrees in finance and customer relationship management. 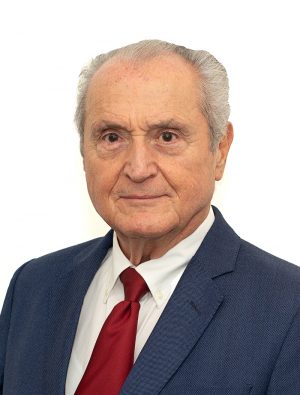 Born in Medellín, Colombia, Mr. Uribe Echavarría is a recognized and respected entrepreneur and businessman, with more than five decades of professional experience.

Between 1981 and 2012 he served as Honorary Consul of Finland both in Bogotá and Medellín, and between 2003 and 2005 was Minister of Defense of Colombia. 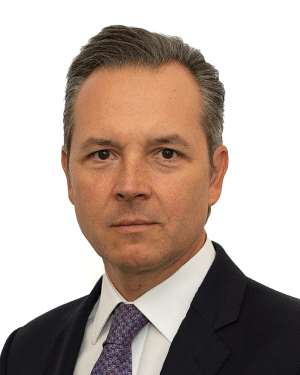 Based in Medellin, Colombia, Mr. Uribe Touri brings 29 years of experience in the insurance industry. He began his career as an insurance broker at Marsh & McLennan Companies.  In 1991, he joined DeLima Marsh, where he served for 21 years holding various roles, including Managing Director of Corporate Relations, Institutional Segment Leader and General Manager in the Bogotá office. He also worked on multiple lines such as property, casualty, aviation, marine, captives, international/local placement, complex claims handling, ERM and consulting services.

Mr. Uribe Touri co-founded Linkvest Capital. He serves on numerous Board of Directors, including Linkvest Capital, Negozia, Gallagher (AJG) Colombia subsidiary and Pagafácil, among others.

Mr. Uribe Touri earned a bachelor’s degree in Business Administration from the University of Colorado at Boulder. 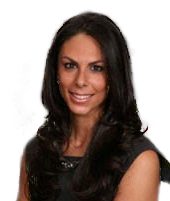 Jennifer Becker has 15 years of experience in media relations. As Principal of BKR Media, a full-service public relations firm founded in 2009, she has worked closely with the “who’s who” of real estate, comprising high-profile developers, architects, sales and marketing agencies, leasing teams, project management companies and private equity groups. Her impressive resume also includes posts at Good Morning America and the formidable Rubenstein Public Relations in New York City. She served as Senior Account Executive and Company Director at The Apple Organization, the preeminent real estate-based PR firm in South Florida, where she oversaw account management for a diverse portfolio of clientele comprising residential, commercial, and mixed-use projects from Miami to Orlando. The consummate networker, Jennifer is actively involved in various charitable causes and professional associations including board positions on the Las Olas Wine & Food Festival, Gilda’s Club South Florida, American Cancer Society of Broward, Joe DiMaggio Children’s Hospital Foundation, Glam-A-Thon and Hochberg Preparatory School. She is an active member of the Greater Fort Lauderdale Chamber of Commerce, Las Olas Association and Greater Fort Lauderdale Alliance. Jennifer graduated from the University of Connecticut with a degree in Communications Sciences. 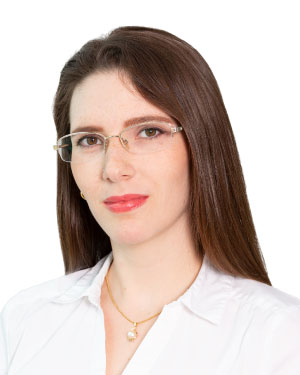 Ms. Londono started at Linkvest Capital LLC as an intern in 2015, she developed her skills working on LV Lending internal audit process and risk analysis. In January 2017, Ms. Londono left to complete her Master of Science in Finance in FIU. She returned to Lv Lending in January 2018 as Audit and Risk Coordinator and started working in Linkpoint Properties as Operations Manager.

As Audit and Risk coordinator she works auditing LV lending operations on a monthly basis and developing different tools to mitigate risk, and in Linkpoint Properties, Ms. Londono manages the day to day operations of the commercial real estate portfolio.

Ms. Londono received her bachelor’s degree in international business with an emphasis on finance from Universidad EAFIT. She has obtained a Master’s degree of Science in Finance from Florida International University and is currently working on her Charted Financial Analyst designation. 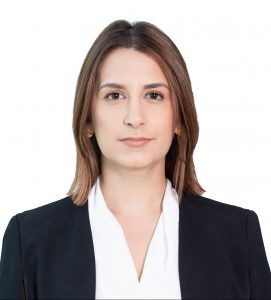 Mrs. Restrepo received her bachelor’s degree in Business Administration with an emphasis in finance from EAFIT University. Catalina began her career as a Trading Desk Assistant at Banco Occidente. However, she decided to move to Miami to work as an inside sale and later as a Sales Representative for three years in Eymaq Inc, an industrial equipment supplier specialized in the acquisition and provisioning of machinery. Deciding to move forward with her career, she earned a master’s degree in Finance, Real and Marketing from Florida International University.

Since joining LV Lending, she has served as an Operation Manager and financial controller, being responsible for planning, direct, and coordinate the performance of the loan department, servicing process, and investor relationship. As well, she ensures quality control over financial transactions and financial reporting.